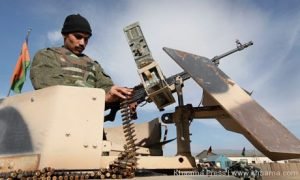 At least 7 militants were killed and 8 others were injured during military operations by Afghan national security forces during the past 24 hours, interior ministry said in a statement.

Interior ministry in its statement further added that eight militants were also arrested during the joint military operations.

There were reports regarding the casualties of the Afghan national security forces during the operations, however interior ministry said that Afghan police forces discovered and defused two different types of IEDs placed by enemies of Afghanistan for destructive activities in Faryab province.

Anti-government armed militant groups have not commented regarding reports so far.