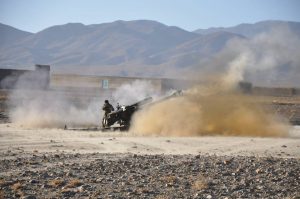 The operations are being conducted as part of the Shaheen-1 operations which were launched in response to coordinated Taliban attack.

According to Thunder Corps, the armed forces carried out artillery strikes and clearance operations against the militants in Deh Yak, leaving at least 15 dead and 4 others wounded.

The source further added that the security forces also confiscated a rocket launcher, 7 hand grenades, and 6 improvised explosive devices during the operations.

This comes as clashes are underway between the security forces and Taliban militants in some districts of Ghazni after Taliban launched a coordinated attack on Deh Yak and some other districts earlier this week.