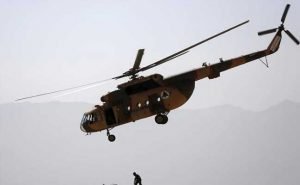 At least 15 militants were killed and 5 others were wounded in a series of airstrikes conducted in eastern Laghman province of Afghanistan.

The Ministry of Defense (MoD) said the airstrikes were carried out in Alishen and Alingar districts.

No further details were regarding the airstrikes and it is yet not clear if the raids were conducted by the Afghan Air Force or the US forces based in Afghanistan.

Both the Afghan and US forces are conducting regular airstrikes against the militants based in Afghanistan.

The increased raids followed amid rampant Taliban-insurgency across the country as the group is busy conducting attacks as part of its spring offensive.

The US forces based in Afghanistan resumed airstrikes against the militants in Afghanistan after the Obama administration granted them broader role to suppress the growing insurgency in the country.

The Taliban group announced its spring offensive in mid-April this year and vowed to carry out more attacks as the group’s insurgency entered to its 15th year.

The group continues to spread violence despite the Afghan government attempted to end the war through reconciliation process.