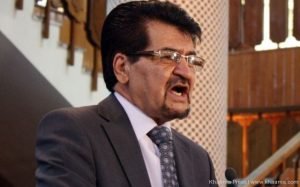 The Ministry of Defense of Afghanistan on Tuesday announced that over 140 militants including foreigners were killed and nearly 20 others were arrested during the major military offensive launched by Afghan national army.

The Operation “Simurgh” was launched by Afghan army in Hesarak district of Nangarhar province, Azra district of Logar province and Jaji Aryoub district in eastern Paktiya provinces of Afghanistan.

Gen. Zahir Azimi, spokesman for the ministry of defense of Afghanistan said the operation was one of the biggest offensive conducted independently by Afghan security forces.

Gen. Azimi further added that over 140 militants were killed only in Azra and Hesarak districts and nearly 20 others were arrested.

He said Afghan security forces seized weapons, ammunition and other unbelieveable items including artificial beard which was used by individuals who had shaved their beard were recovered during the operation.

According to Gen. Zahir Azimi Pakistani, Arab and chechen militants were also killed during the operation, and three Afghan national army soldiers have lost their lives so far.

Gen. Azimi said that the operations were intensified during the recent days and majority of the militants including foreigners were killed in the last few days.