14 Taliban militants killed in an infighting in eastern Kunar province 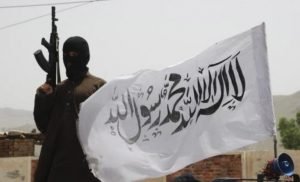 At least 14 Taliban insurgents were killed in infighting in the eastern Kunar province of Afghanistan, the security authorities said Friday.

The incident took place in the early hours of Thursday morning in Sarkano district after clashes erupted among Tehrik-e-Taliban and militants operating under the Islamic Emirate.

The Ministry of Defense (MoD) confirmed that clashes took place around 5:00 am local time in Gula Pari area of Sarkano.

MoD further added that 8 militants of Tehrik-e-Taliban and 6 militants of Islamic Emirate were killed during the clash and 5 others were wounded from the two sides.

Infighting the among the Taliban groups has intensified during the past one year and since the announcement of Taliban founder Mullah Mohammad Omar’s death last year.

The Taliban group has divided into different factions since Mullah Omar’s death was confirmed and was succeeded by Mullah Akhtar Mansoor.

One of the main dissident Taliban group leader is Mullah Rasool who opposed with the appointment of Mullah Akhtar Mansoor as well as Mawlavi Haibatullah Akhundzada as new Taliban supreme leaders.

Akhundzada succeeded Mullah Mansoor who was killed in an airstrike by the US forces in Balochistan province of Pakistan last month.