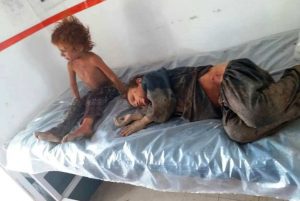 At least 13 family members of the Taliban commander were killed or wounded in a premature blast triggered by an improvised explosive device in southern Helmand province of Afghanistan.

The provincial government media office in a statement said the incident took place on Sunday afternoon in the vicinity of Garamser district.

The statement further added that the incident took place in Shamal area of the district inside the house of a Taliban commander identified as Baran who was also killed in the explosion.

According to the provincial government, the Taliban commander was busy making improvised explosive devices when the incident took place, leaving himself dead along with two other family members.

At least eleven others including seven children and four women also sustained critical wounds in the explosion, the provincial government added.