Manchester United deal to sign France midfielder from Juventus is off 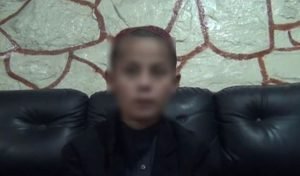 The Afghan National Security Forces (ANSF) thwarted a twin suicide attack plot in capital Kabul by arresting one of the would-be suicide bombers.

The Ministry of Interior (MoI) said the detained would-be suicide bomber is a 12-year-old boy who was appointed by the Taliban group to carry out the attack.

According to MoI, the boy has been identified as Mohammad Yaqoob son of Sher Mohammad who has confessed that he was trained in Juma Khani training camp in Imam Sahib district of Kunduz province.

Yaqoob has also added that the training camp was supervised by TAliban leader Mullah Abdul Ghafoor and was appointed by him to carry out the attack 20 days ago.

He was due to detonate a Vehicle-borne Improvised Explosive Device (VBIED) in a populated area of the city while another suicide bomber was given the task target the crowd after the first explosion.

MoI said the child managed to flee and was on his way to Kunduz province when he was arrested by the security forces.

This comes as a teenage suicide bomber assigned for a suicide attack by the Taliban group was arrested by the Afghan intelligence operatives from Kabul city last month.

The Afghan children have regularly been recruited by the militant groups, the Taliban and the Haqqani network for the terrorist related activities, including suicide attacks.

Afghanistan send their sons to such madrassas for free education and lodging.

The Taliban government’s Ministry of Education officials say that the decision to close girls’...