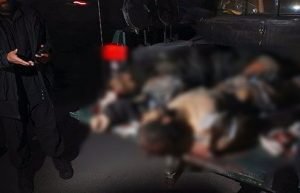 At least 12 Taliban insurgents were killed in separate ambushes of the Afghan National Police (ANP) forces, the Ministry of Interior (MoI) said.

According to a statement by MoI “Eight armed Taliban were killed in an ambush of the Afghan National Police and Afghan National Army in Sayed Abad village, Nad Ali District of southern Helmand province, yesterday morning.”

The statement further added “In the meantime, the joint forces confiscated one PK machine gun, one AK-47 rifle and some amount of ammunitions from the scene.”

“In a separate report, four armed Taliban were killed and five other armed Taliban were wounded in an ambush of the Afghan National Police in Mati Kali village, Gilan District of Ghazni province, yesterday evening,” the statement said, adding that the Afghan police foces confiscated some amount of ammunitions and three motorbikes as well.

The statement also added that the Afghan National Police detected six roadside bombs which were placed by enemies of peace and stability of Afghanistan in the main road of the Gilan District of Ghazni province.

According to MoI, the Afghan police personnel did not suffer any casualties during the operations.