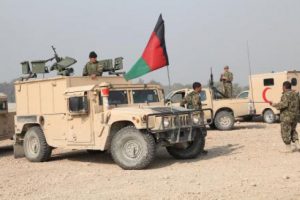 11 insurgents have been killed in newest military operations in four provinces, the Ministry of Defense announced on Thursday morning.

According to a statement issued by the ministry the operations were conducted in Samkani and Janikhil districts of Paktia, Dehrawoud, Charchino and Surab districts of Urozgan, Gujran and Gizab districts of Daikundi, Naish and Maiwand districts of Kandahar and in Paroun of Nooristan in past 24 hours.

The statement adds that three soldiers from the Afghan National Army also embraced martyrdom by landmine explosion and militant fire.

The statement does not specify the exact location of the incidents.