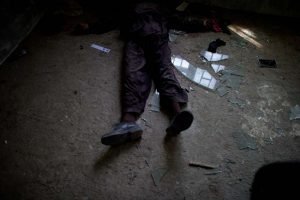 At least 10 militants were blown up by their own explosives as they were busy making an Improvised Explosive Device (IED) in southeastern Ghazni province.

According to the security officials, the militants were busy making the IED inside a mosque in Andar district.

The officials further added that the explosives went off prematurely, leaving all 10 militants dead.