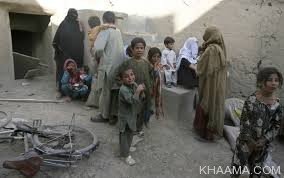 “One of the missile landed at a civilian house which killed one girl and injured six other members of the same family” He said.

Often Taliban claim of attacking government or foreign facilities with their missile strikes but most of them land at civilian compounds.

Missile attacks have killed hundreds of civilians this year.